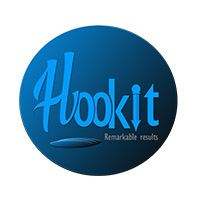 Dar es Salaam (Dar) (from Arabic: دار السلام‎ Dār as-Salām, "the house of peace"; formerly Mzizima) is the former capital as well as the most populous city in Tanzania and a regionally important economic centre.[2] Located on the Swahili coast, the city is one of the fastest growing cities in the world.[3]


Until 1974, Dar es Salaam served as Tanzania’s capital city, at which point the capital city commenced transferring to Dodoma, which was officially completed in 1996. However, as of 2017, it continues to remain a focus of central government bureaucracy, although this is in the process of fully moving to Dodoma. In addition, it is Tanzania's most prominent city in arts, fashion, media, music, film and television and a leading financial centre.
The city is the leading arrival and departure point for most tourists who visit Tanzania, including the national parks for safaris and the islands of Unguja and Pemba. Dar es Salaam is also the largest and most populous Swahili-speaking city in the world.


The Tanzania Ports Authority (TPA, under construction ) and PSPF Pension Twin Towers both in the background are the tallest in East and Central Africa. It is the capital of the co-extensive Dar es Salaam Region, which is one of Tanzania's 31 administrative regions and consists of five districts: Kinondoni in the north, Ilala in the centre, Ubungo, Temeke in the south and Kigamboni in the east across the Kurasini creek. The region had a population of 4,364,541 as of the official 2012 census


Deadline: 10th January, 2020
Hookit Company Limited is a Tanzanian company spe¬cializing in offering IT solutions, digital advertising services as well as multimedia production services. As a company we aim at forming a strong and full-time marketing team which will be responsible to sale our products and services.